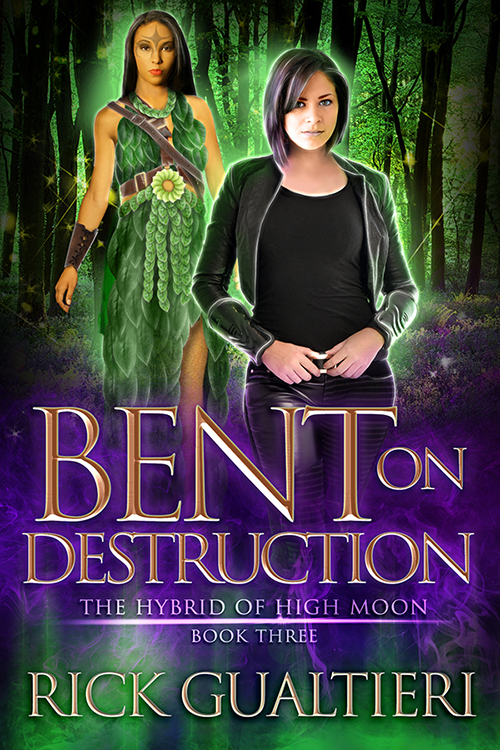 The Hybrid of High Moon – 3

BEING BOTH A WITCH AND WEREWOLF MIGHT NOT BE ENOUGH…

Lately, everything Tamara Bentley touches seems to turn to shit. Her best friend is missing, she was forced to kill her favorite aunt … and her parents have been kidnapped by the queen of the fairies. It’s enough to give a person a complex.

Too bad there’s no time to drown her sorrows. She’s got two warring factions to contend with. Neither the witches nor the werewolves like her, much less respect her, but somehow she needs to rally them to her cause if she’s to have any chance of rescuing her parents.

That might be the least of her worries, though. A dark force has been unleashed and it’s dead set on introducing her to a whole new world of hurt. Tamara will have to dig deeper than ever before to stop its plan, save her parents, and face off against a freaking goddess. No pressure there, right?

BACK TO THE HYBRID OF HIGH MOON