The Last Coven (the Tome of Bill 8) 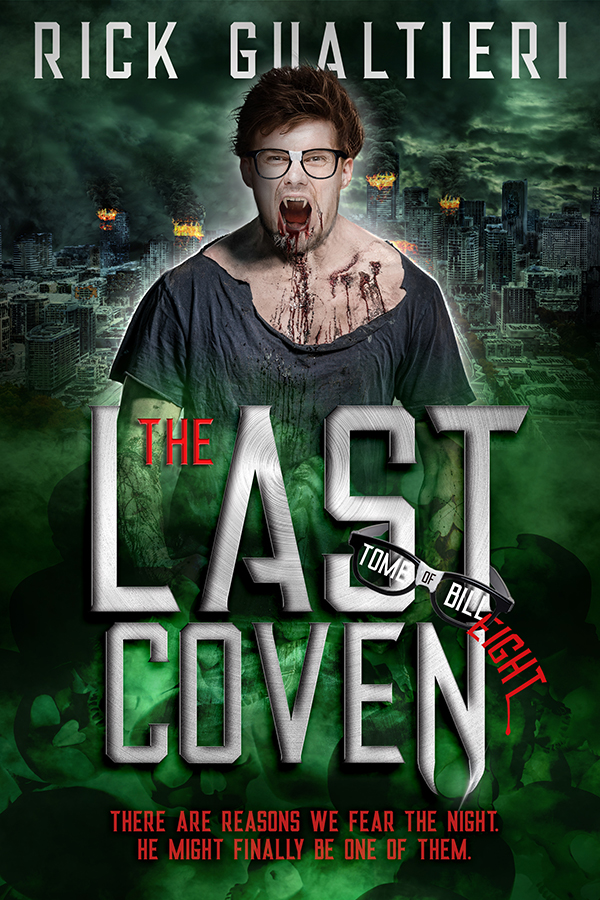 THERE ARE REASONS WE FEAR THE NIGHT. HE MIGHT FINALLY BE ONE OF THEM.

A goddess returned, a war between primal powers, and a prophecy to fulfill. That’s a lot of crap to heap on anyone’s plate, much less a former programmer from Brooklyn. But that’s exactly what Bill Ryder – gamer, geek, and legendary vampire – has to deal with.

Half his friends are missing and those who are left are mired in chaos. Sadly, Armageddon isn’t about to give them a breather. The White Mother, queen of the witches, is amassing her forces to exterminate all who stand in her way. Bill must find a way to stop her army of shapeshifters from tearing the world apart, all while trying to avoid his prophesied fate of dying at the hands of the woman he loves.

It’s finally time for Bill to master his powers, sort out his relationship woes, and figure out how to survive his date with destiny. Because if he can’t get his act together, the curtain will fall and mankind will be forever plunged into everlasting darkness.