Holier Than Thou (the tome of bill 4) 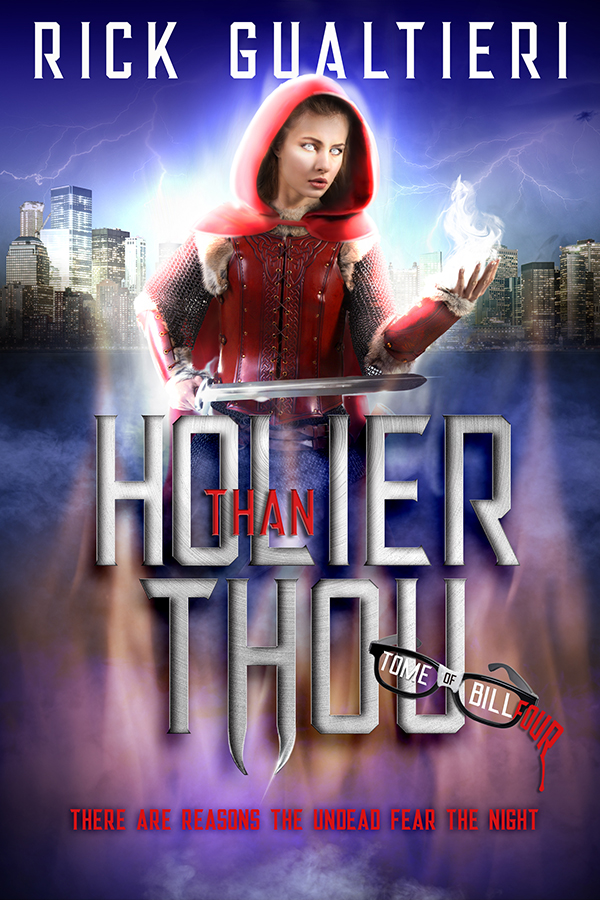 There are reasons the undead fear the night.

Bill Ryder – gamer, geek, and legendary vampire – has woman troubles. The girl he wants is deadly to him. The girl who wants him is deadly to everyone else. He’s trapped in the most lethal love triangle he can imagine and it’s only going to get worse.

On the eve of war, The Icon – ancient foe of the vampire race – has arisen. Panic is about to break out within the undead ranks and Bill is caught smack dab in the middle of it. Destiny has placed them on a cataclysmic collision course, but there’s just one small catch: he’s in love with her.

Now he finds himself in a race against supernatural assassins to save the person fated to destroy him. Talk about being damned if you do.

Unsure of his allies and outnumbered by enemies, Bill must dig deep within himself and find the faith to succeed – because if he fails, it’ll be more than just his social life in tatters.