The Mourning Woods (the tome of bill 2) 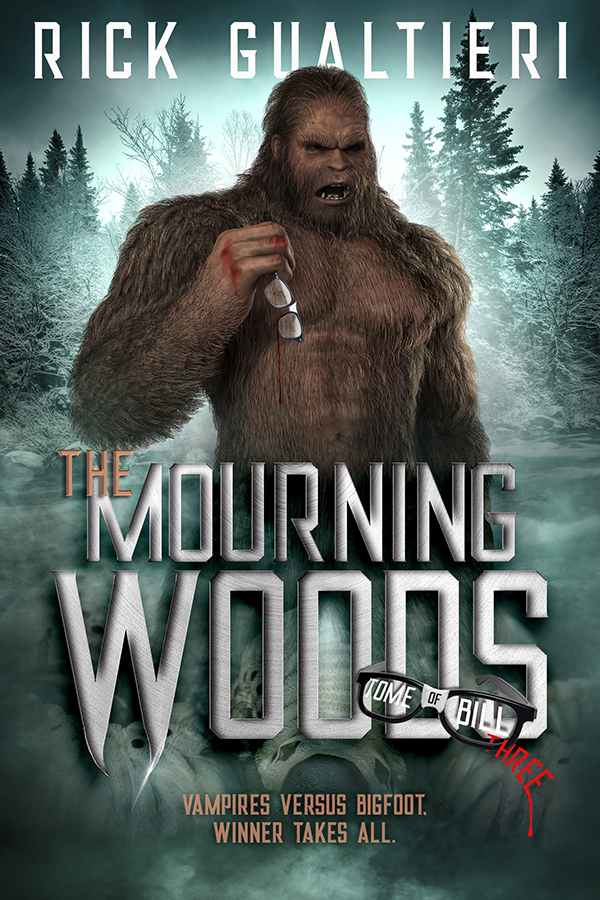 Bill Ryder – gamer, geek, and legendary vampire – is back in his wildest adventure yet.

A war is brewing between ancient enemies from the dawn of time. If it can’t be stopped, the veil will be lifted and all of humanity’s darkest nightmares will be unleashed to wreak havoc. Bill and his friends are the only chance we have – Lord help us all!

The leaders of the vampire nation dispatch Bill to a faraway land in order to broker peace with an army of angry Sasquatches, but it’s not going to be easy. His enemies want him dead. Hell, some of his allies do too. Danger lurks at every turn and in places where he least expects it.

Now he must rely on his friends, master his fledgling powers, and use every four-letter word in his vocabulary to stop the war, uncover the conspiracy, and solve the mystery that lies at the heart of the Mourning Woods.