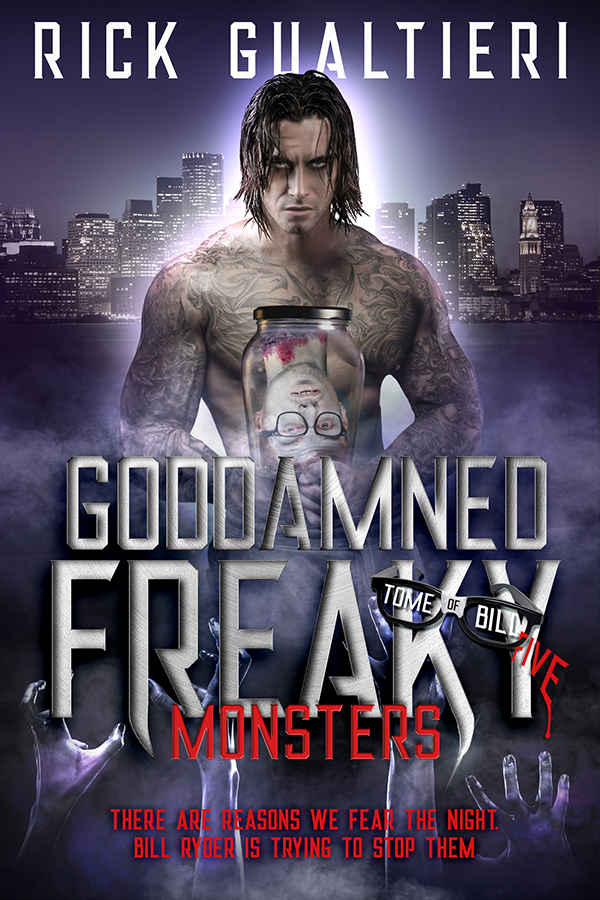 There are reasons we fear the night. Now he’s trying to stop them.

Three months have passed since the fateful encounter in New York City that ended with the disappearance of Bill Ryder – gamer, geek, and legendary vampire. Now he’s back – reawakened halfway across the globe with no allies, clothing, or clue as to how he got there. The only thing he’s certain of is that his captors plan to use him for their own nefarious ends and don’t care how much blood they spill in the process.

Escape might be the least of his worries, though. Civilization teeters on the brink of chaos. Mythical beasts, once thought the stuff of fantasy, are breaking through the veil, intent on waging war against mankind. At their forefront stands an ancient evil, the last remnant of a people thought long dead, and it’s about to cut a swath of destruction through the world not seen since biblical times.

Bill’s only chance is to reclaim his life, reconcile with his friends, and muster every bit of attitude he can – because if he fails, Hell on Earth will become far more than just another corny saying.