Half A Prayer (The Tome of Bill 6) 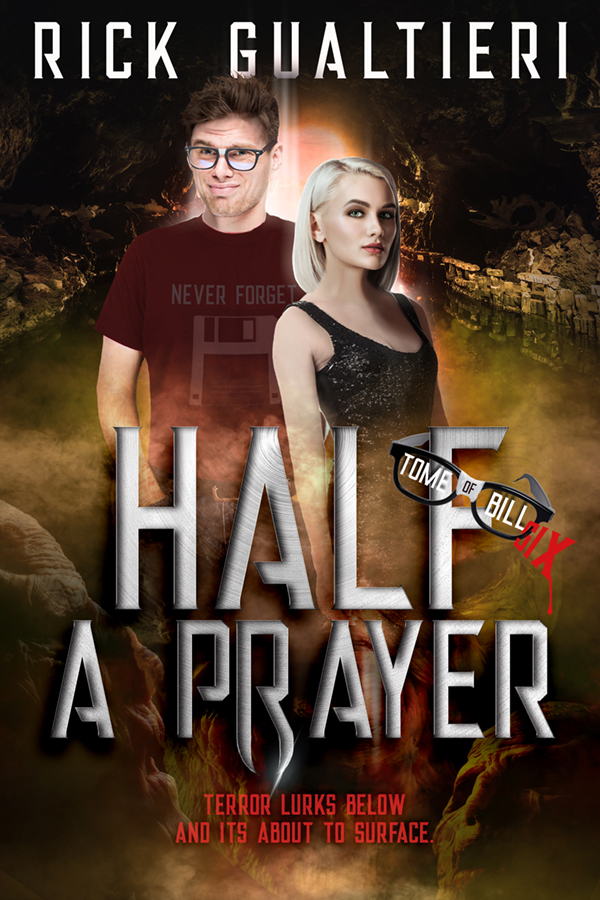 Terror lurks below and it’s about to surface.

The end of the world is rapidly approaching, but Bill Ryder – gamer, geek, and legendary vampire – finds himself with more pressing concerns to worry about: the women in his life. Sidelined from action, he’s forced to reevaluate his feelings. Sadly for him, it’s a luxury he can ill afford.

An unstoppable terror from the dawn of time has awoken deep beneath the Earth and is headed his way. To make matters worse, he’s been deemed a traitor by those he thought to be his allies. Now he finds himself fighting off enemies from all sides while warring with his emotions. Talk about sucky timing for introspection.

As the world crumbles to pieces around him, Bill must muster his courage, master his powers, and rise to the destiny he’s been trying so long to deny – because if he doesn’t, his love life will be the least of his worries.