The Wicked Dead (the Tome of Bill 7) 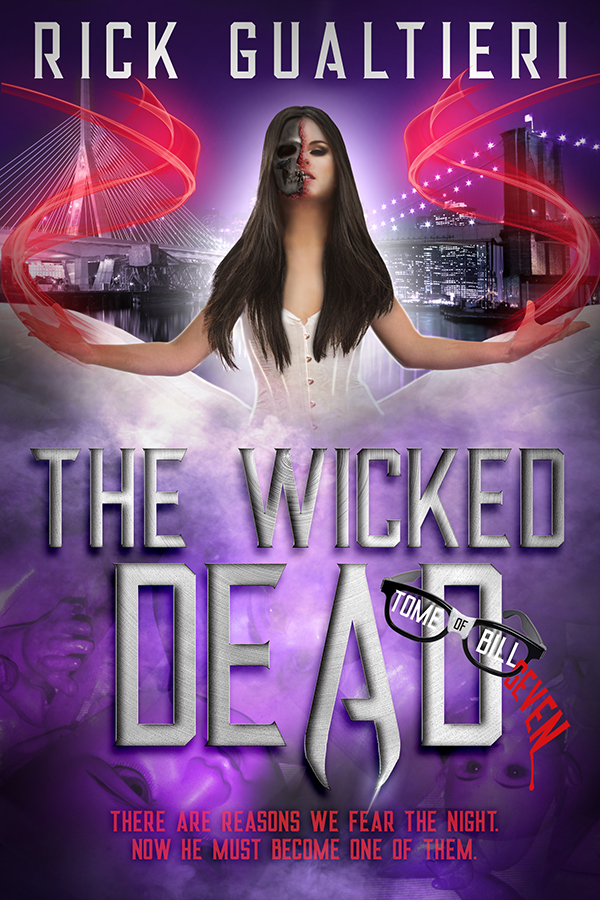 There are reasons we fear the night. Now he must become one of them.

Bill Ryder has a powerful destiny. He just never expected it to involve an amnesiac bloodsucker, a bunch of D&D dorks, and a hormonal witch. It’s time for the gamer, geek, and legendary vampire to embrace his fate. Ordered to storm the vampire stronghold in Boston, Bill must approach the doorstep of the invincible undead warlord he’s destined to face. It’s his only chance of stopping Armageddon.

As his enemies stand in his way and his allies falter, the vicious beast inside of him wants out. If he stands tall and faces his fate, the world might just have a chance of surviving. If he fails, an unquenchable evil will destroy everything Bill knows and loves.

Why can’t the end of the world ever be easy?