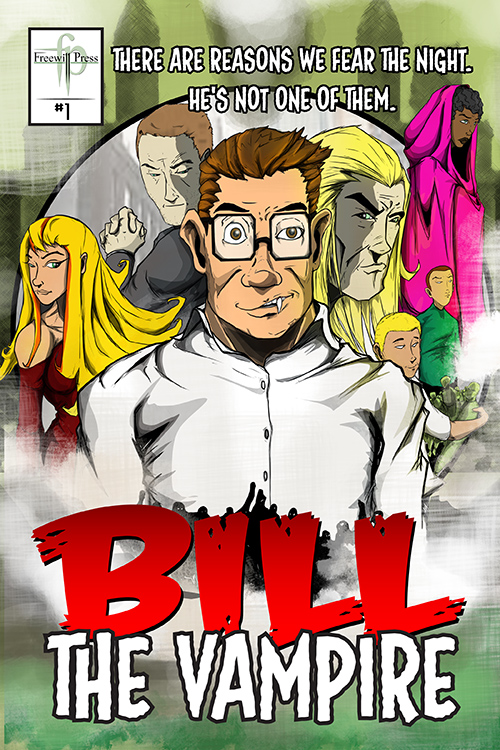 Bill Ryder has a blind date with destiny in the form of a voluptuous piece of eye-candy he meets on the subway. It’s an opportunity too good to be true, but too awesome for him to pass up. Pity, because he’s about to bite off far more than he can chew.

Now, he finds himself trapped, surrounded by monsters, and with no pulse. He’s about to realize that being a vampire doesn’t mean much when you’re still at the bottom of the food chain.

Based off the bestselling Tome of Bill series of novels by Rick Gualtieri, Bill The Vampire is a foul-mouthed graphic novel adventure through the world of the strange and paranormal.