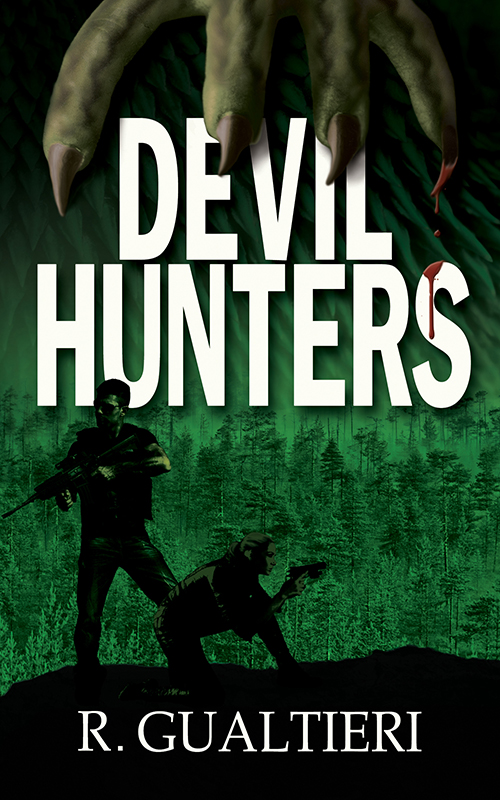 Deep in the woods, mankind is the endangered species.

Derek Jenner, the Crypto-Hunter, is back! Something is terrorizing the inhabitants of the Garden State, leaving a trail of missing persons and mutilated bodies in its wake. All signs point to the Jersey Devil, a creature long considered a hoax even in the cryptozoological community. Desperate for answers, the authorities summon Derek and his team to investigate.

Now, the hunters are about to become the hunted because what lurks in the forest is more horrifying than they could ever imagine – a nightmare of man’s own making that’s about to set its sights in their direction.

Sadly for them, a corrupt government official will do everything in his power to cover up the terrible secret that lies at the heart of the Pine Barrens … even if it means sacrificing Derek’s team to a fate worse than death.